The capital city of India is New Delhi. Some other larger cities include: Mumbai, Bangalore, Chennai, and Calcutta. South India is very warm and tropical. North India has cooler weather. India has three major rivers, called: Indus, Ganges, and Brahmaputra. India is a developing country with a growing population. 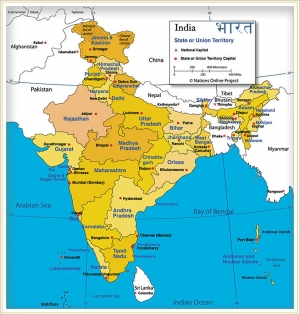 This is the Flag of India 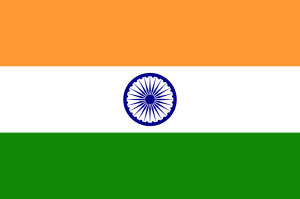 ©2021. All Rights Reserved.
Designed and Engineered by